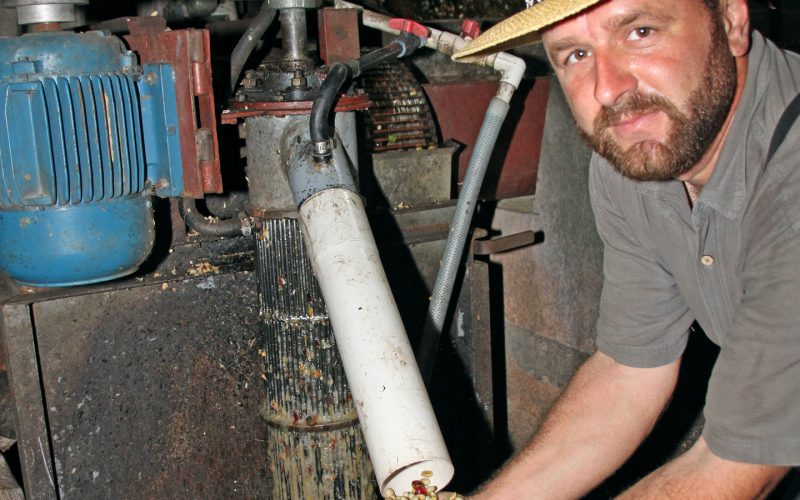 Eric began planting Honduras coffee on his own property while still living at home with his parents. Little by little he has cleared and planted more acreage and new coffee varieties. Since 2014 he has also been managing the home farm. This was an old coffee farm that needed a lot of renovation. With Eric’s careful attention and hard work the farm has becoming a thriving coffee farm.

As a dedicated farmer, Eric treats his coffee bushes with lots of love and care. He spends hours in weeding, pruning, and fertilizing his plants. You will often find him patrolling the leafy aisles of his coffee plantation, carefully observing the condition of the trees. All over the farm, especially along the intersecting lanes and outside perimeter, Eric has planted a variety of exotic, lumber-producing trees, including Caoba, Cedro, and San Juan trees.

Eric’s newest experiment is trying out a couple of new coffee bush varieties: Geisha and Parainema. His hope is to see an improvement in the flavor profiles and cupping scores with the addition of these varieties to his coffee plantation. Because of increasing problems with leaf rust, the older coffee varieties have become very difficult to grow. As of 2021 Eric and Joel have started a new plantation of two disease-resistant varieties developed in Brazil.

Eric has excelled in maintaining a peaceful and productive relationship with his workers. Through patient insistence and fair wages, he has achieved a marked improvement in the quality of the coffee they provide to Javataza. His pickers, have neem learning to only gather ripe berries, which makes for a higher quality cup of coffee for you. A number of neighbors who help with the picking also stay on year-round to weed, fertilize and prune the coffee bushes. We love to see that other’s lives are being improved through our company.

What Eric Says About Javataza

“Javataza has been a tremendous benefit to me by maintaining a fixed price for my coffee during the fluctuations of the world coffee market. I appreciate their focus on striving for excellent quality while paying a fair price.” 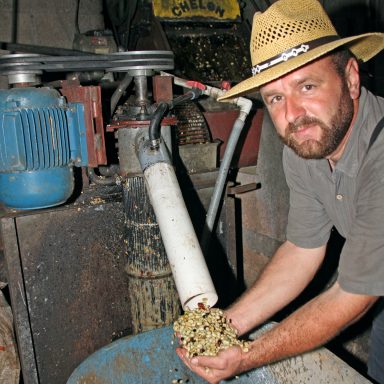 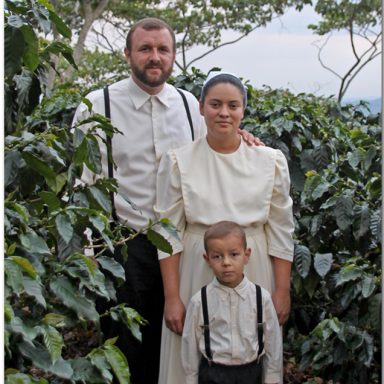 Eric and his family on their farm 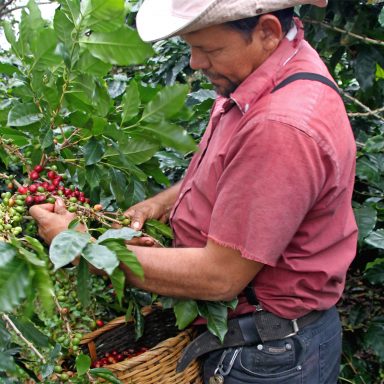 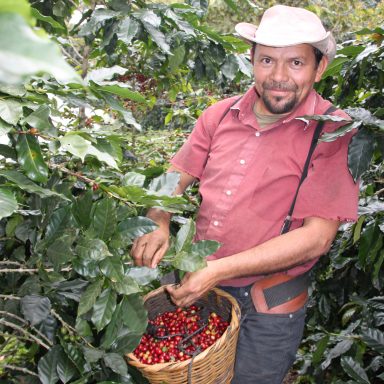